So the dust has settled on another Warhammer Fest and, this year, I had to come away empty-handed. Still, lesson learned. Next year I will be better-prepared and (hoopefully) Real Life will be a bit more forgiving and I won't have to leave things to the last minute.
Looking at my work in the cold light of a new day, I'm not entirely displeased with what I did. It wasn't awful but it wasn't ready to be called finished, either. The gold needed tidying up, the silver on the loincloth wasn't finished properly, I needed more contrast on the armour to make the highlights pop a bit, the basing was an afterthought, the list goes on. The idea was a good one but I simply didn't have the time to finish it to the required standard. And what a standard! Hats off to those who won this year (and not just in my category) -the quality of work was exceptional across the competition. At my best, I'd have struggled to place. There's no doubt about it I'm going to have to up my game if I'm going to be able to compete going forward. There really is no room for half-measures.
So, heartfelt congratulations to the winners. I'm looking forward to seeing the official photos of the winning works, as there's really no chance to properly take them in at the event itself.
As for the rest of the event...Well, I'm sure others will have done much more detailed write-ups of what went on. I'd planned to take lots of photos and do a full report but that went out of the window as soon as I got there and did my usual trick of wandering around, aimlessly looking at whatever caught my attention, having the occasional pint of cider, and chatting to whomever I could.
It was great to catch up with a few people I hadn't chatted to for years, engage in real-life with people I'd only previously spoken to online (I finally got to meet Dave Taylor from Eavier Metal, who I've been working with, on their 20 Year painting competition, for years, but never met in person before) and get introduced to some completely new faces.
As far as new products goes, the impending new edition of Age of Sigmar looks very interesting indeed but, I have to admit, it's the new version of Adeptus Titanicus that has me foaming at the mouth ever so slightly. If I get my new playroom it's going to be pretty high on my "must-buy" list. Those new Titan models are bloody superb.
As usual, there wasn't enough time to see everything and everyone. I never did make it back to the gaming hall to look closer at the videogames, as I'd promised myself I would, and I missed out on picking up that looks-like-huge-fun Gretchin racing game that I wanted to go go back and pick up.
Maybe next year I'll go for the whole weekend...

Anyway, I'll sign off for now with some decent pictures of my Stormcast. As I said, lessons learnt.
Here's to next year! I'm now taking some time out to sort out my dad's stuff and try and get a new work space organised. 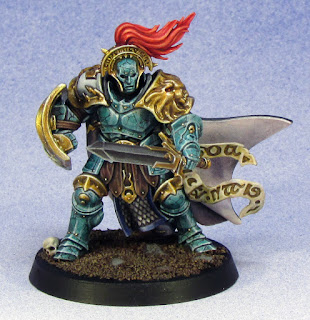 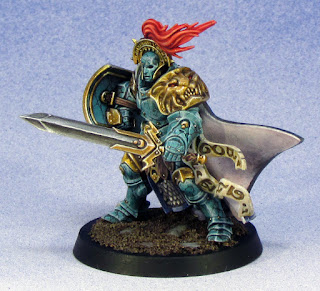 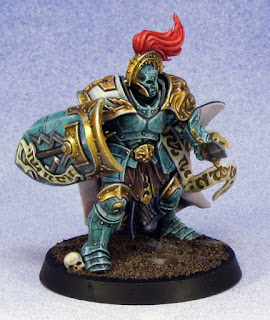 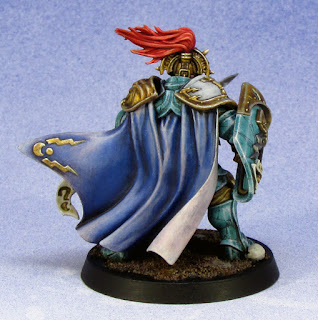 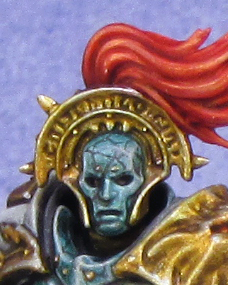 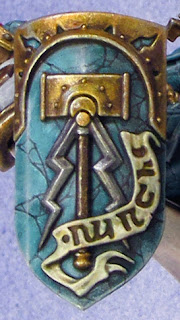 Oh yeah- one final thing.
I will be going back to Coventry next year. I may go for the whole weekend. What I am damn sure about is that we won't be staying at the bloody Brittania Royal Court Hotel (link included so you don't make the same mistake we did- you have been warned...) Horrible bed (which triggered my bad back), average food at best, catastrophic breakfast service and a postage-stamp-sized tv in the room that didn't work half the time. Oh and, in this day and age, having to pay for wi-fi (£7 per day PER DEVICE) is a f***ing joke. The only thing I could recommend about the place was the spa facilities. And you had to pay extra for those, too...
Posted by Stuart Thomas at 18:15 No comments: Links to this post

The Road To Coventry...part five

So it's done, and by the skin of my teeth.
Again.
Next time I swear I'm going to be better prepared.
Sorry I haven't posted any more WIP stages but I simply haven't had the time. It was touch and go as to whether I was going to finish in time anyway but here it is, done and ready to go. I'll get some better pictures of it as soon as I can, too. 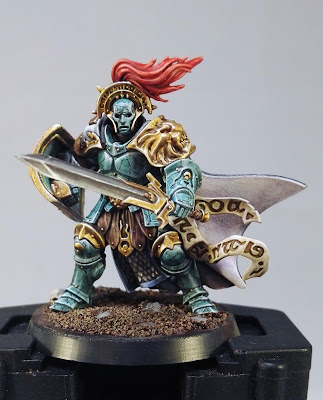 So it's off to Coventry and Warhammer Fest we go and let's see what happens.
Am I happy with it? Weeell...no, of course not. All I can see are the bits that I'd re-do if only I had the time but, frankly, I'd probably do that even if I had another six months to finish it off. There's bits that don't look smooth to me, bits that look unfinished, extra bits I wanted to do but didn't...self-criticism is a never-ending path.
But, it'll do. It'll be a miracle if it does anything more than place in the finals but I said that last time and came home with a bronze trophy so you never know. What really matters is the taking part. I genuinely believe that. Going to the Fest, meeting great people, seeing cool stuff and taking part in the competition- it's impossible to overstate how much I'm looking forward to it. Someone on Facebook said, yesterday, that he feels like he used to as a little kid before Christmas. Yeah, I get that.
Plus, it's the first weekend away me and the better half have had since last year's Warhammer Fest, so there's that...

Oh, a final word for the organisers of Golden Demon, if any of them happen to be reading this:

Next year, could we possibly have a Masters Category miniature with a face? Painting the eyes, inside the eyesockets of the helmet, on the bugger was a real pain in the arse and I'd rather not have to do that again...

See y'all at Warhammer Fest on Sunday!
Posted by Stuart Thomas at 15:48 No comments: Links to this post

The Road To Coventry...part four

Well, things have gone to hell in a handcart since my last post. My 86-year-old dad, who has been in and out of hospital for the last couple of years, finally (and rather abruptly) decided that he wanted to move into a care home. While this is very good news for him (and, without putting too fine a point on it, for me also) it has thrown things into turmoil over the last couple of weeks. Emails, phone calls, visits, care workers, looking round homes and a dozen other things have eaten into my time so much that I've had to call a halt to any commission work I have going on, and it's severely curtailed my free time that can be used on my Golden Demon entry. Basically it's going to be touch and go as to whether I get it finished in time. Thankfully, my brother has come over from the other end of the country to help with dad and lighten my load as much as possible, so there's light at the end of the tunnel...
Still, time's a-marching on.
Here's where I'm at now. 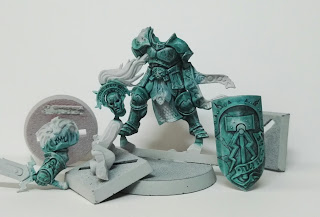 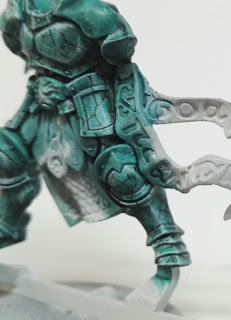 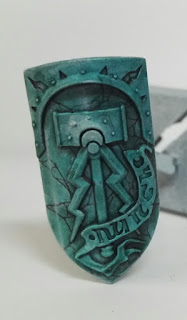 The armour is mostly done. I've applied the basic shading and highlighting. The highlights were very thinned Blue Horror, applied in multiple layers to build up the opacity and give it that sheen. The shade was a mix of various blue and red washes, mixed with a little black, again applied in thin layers to build up the depth of shade. I will finish off the deepest shadows and spot highlights once I have the model put together, so that I know where to place them.
So, there we are. The race is on to get this ready in time for next Saturday when we leave for the wilds of the Midlands.
Eep!

Posted by Stuart Thomas at 12:16 No comments: Links to this post