Good morning/afternoon/evening everyone!
It's time for this week's round up of the latest news from GW, so...

The big news this week has been the pre-order announcement of Beastgrave, the third season of Warhammer Underworlds. As with the previous two seasons' starter sets, Beastgrave comes with two complete warbands. Grashrack's Ravagers are six  brayherd beastmen, and Skaeth's Wild Hunt are a new race for Age of Sigmar, the Kurnothi.

Forgeworld has a few new pre-orders, too. There's a new carapace weapon for the Adeptus Titanicus Reaver Titan, the Vulcan Mega-Bolter. The Mechanicum Knight Moirax gets a couple of new weapons, the Graviton Pulsar and the Conversion Beam Cannon. Also, to celebrate Bilbo Baggins' birthday (as I write this, it's actually today!) the Young Bilbo miniature, which is normally only available at Warhammer World and events, is on general release for one week only.

In other news, we got the first look  at a couple of painted vehicles for the Sisters of Battle in the latest preview from the forthcoming all-new Adepta Sororitas range. 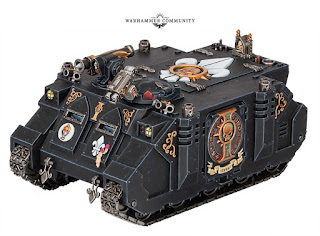 The latest preview of Psychic Awakening focuses on the first new Drukhari miniature, the Klaivex. 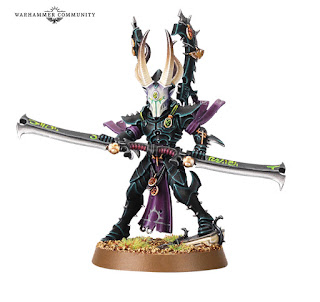 Finally, thanks to a few leaked photos, we got to see the next couple of Primaris releases previewed. The Imperial Fists and Salamanders get a new character each, that will presumably be released alongside their codex supplements soon. Bloody awesome miniatures, too.


And there you have it for this week. Apparently, Monday, we get to have a look at the first plastic Phoenix Lord...
Thanks for reading!
-Stu