Good morning/afternoon/evening everyone!
It's been a busy week over on Kickstarter this week so...

First up is a set of 12 Fantasy Adventurers for D&D and other RPG systems. The focus here is on three races, Photadin (Forest Guardians), Chellon (Shellfolk), and Grimalkin (Catkin.) This is still very much a work in progress, but there's some really interesting designs on show.

Next up are the Citizens of the Old World, 10 miniatures available as both resin and STL files, from Heresy Lab. The grimdark is strong with these miniatures, with some really interesting designs and with some available as add-on bonus large-scale versions. 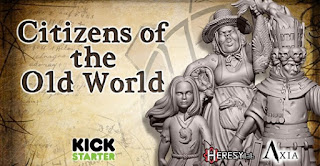 More 3D printable miniatures up next, with the Halloween Special Monster pack, from M3DM. The core set of miniatures contains some interesting takes on traditional monsters, and a piece of matching scatter terrain to go with each miniature. 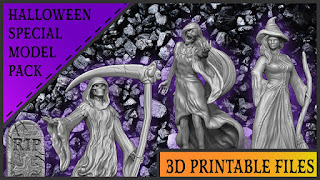 From individual characters to a couple of full armies. First up, the High Elven Army from Davale Miniatures. This army contains archers, spearmen and swordsmen, and a host of character pieces in add-ons. 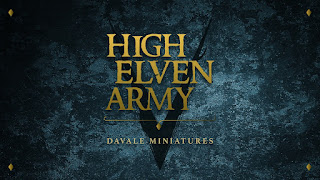 Triumph of Death II is a skeleton army with some Renaissance overtones, citing art from the era as inspiration for the designs. Released by Skull and Crown, this army set includes foot and mounted soldiers, pikemen, archers, artillery and characters. I really like the classical styling of these miniatures. 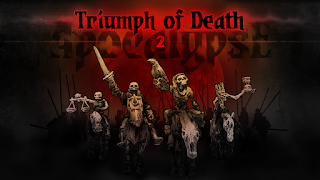 Another army, but on a smaller scale, the Tjubgob infantry from Admiralty Miniatures come in at 15mm. Heavily inspired by the big hat-era GW Hobgoblins, I think these are just awesome little sculpts. There's spearmen, archers, scimitars and backstabbers, with a selection of characters too. 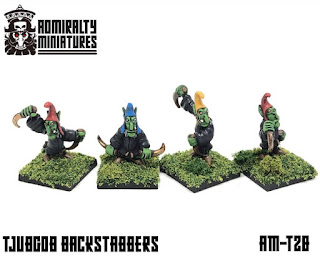 The last of the miniatures this week is this little set of Forestkith Goblins from Wendys Miniatures. This set of 54mm resin miniatures is just oozing charm and character and the stretch goals include a vulture waiting to pounce*. 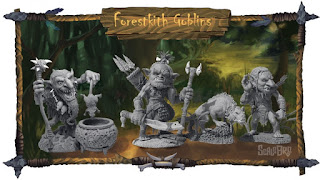 There's a few games to look at this week, too. From Plast Craft Games comes Dark Flow, a miniatures-heavy board game for 2-4 players, who must build resources and forces to try and hold off various threats. There's a core set and an expansion (which allows two extra players) and a whole host of miniatures.

While we're on the subject of miniatures-heavy games, have a look at what's in the box for Obsidian Protocol from QueTi Studio. Mechs and tanks are the order of the day, with combat scaleable from large armies to small skirmish battles for multiple players. With multiple factions, and a well-developed background, this looks like an absolute winner. 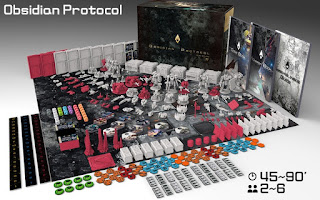 Finally, Forbidden Lands, from Fria Ligan, is the sort of thing that is normally outside of my remit but I'm featuring it here because I just love the artwork (by Alvaro Tapia) featured on the campaign page and, if that's any indication of what's in the book (and I can only assume it is) then it's worth the price of entry for that alone. 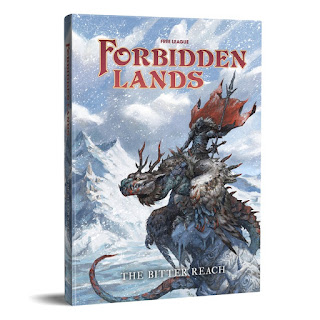 And that's all for this week. More soon!
Thanks for reading!
-Stu

*the proper verb is actually "to vultch." Honest.
Posted by Stuart Thomas at 06:01