It looks like next week is going to be a busy week for new Kickstarters next week, so I thought I'd best catch up with what's out there right now.
We'll start off with something historical, The Baron's War from Footsore Miniatures. Historical miniatures aren't my usual area of interest, I'll admit, but Footsore also produce the excellent Mortal Gods so I'm happy to push them with their other ventures. Besides, these would make excellent Brettonians, or similar, for fantasy gaming, so there's that... 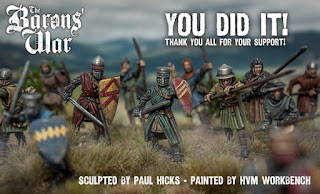 Stepping firmly into the realms of fantasy now, with Heroic Townsfolk, a set of 18  miniatures for D&D and other RPGs from Wildspire Miniatures. There's some rarely-seen NPC and other character types on offer here (literally, in the case of the spy...) and they'll make a great addition to any fantasy setting. 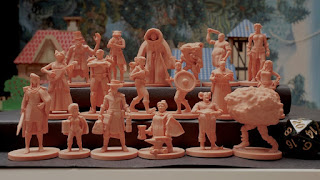 Sticking with miniatures for fantasy RPGs, we have the Tribes: Garax the Goblin set from Madcap Miniatures. This characterful and eclectic mix of warriors, monsters and townsfolk (mostly of the green persuasion) would also make great skirmishers or a small army, and are presented as STL files to print at home. 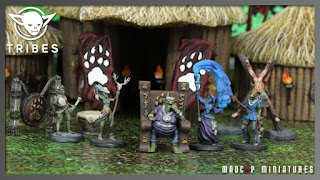 Another batch of miniatures suitable for both RPG and tabletop games are the Courts of Annwyn from Oakbound Studio. This is a selection of fae folk, with nobles, warriors and some beasties of the wood, very much in the old-school style of classic metal fantasy miniatures. At the time of writing, this has just crept over its first goal so this is the ideal time to help them unlock some of their stretch goals. 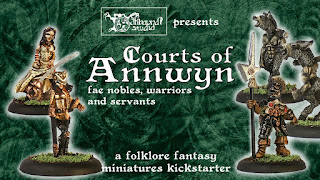 Next up is something completely different. Tales of Terror is a set of horror miniatures from Wicked Foundations. This set of plastic miniatures features some totally unique and quite disturbing designs, some on a truly monstrous scale. I would absolutely love to get my hands on a set of these to paint, and I can't wait to see what some of the top-end painters out there do with them. 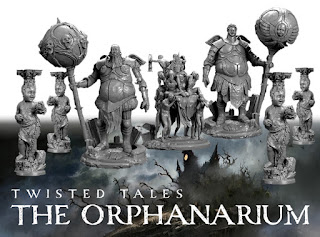 The last set of fantasy miniatures is on a much smaller scale. Warriors of the Black Root Forest is a set of 15mm miniatures from Splintered Light Miniatures. Sculpted in a traditional style, the range includes various types of beastmen, woodland creatures and ratmen. Some great designs here, with loads of detail. 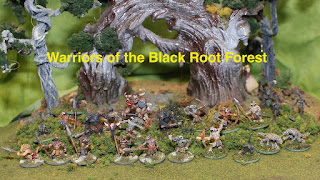 On an even smaller scale, Whisper is a set of 10mm mecha and tanks for the game of the same name. This is the third set of miniature releases for the game, and takes a look at earlier generation fighting machines than the previous two releases. These are superb designs, with loads of detail and interchangeable parts, especially taking into account the small scale. 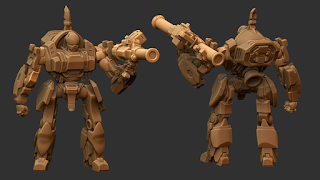 Sticking with the sci-fi theme, we have two new Sci-Fi Armies from Generic Miniatures. Human soldiers and alien warriiors are the order of the day here, with two full armies, from human and human-sized troops, right up to big bugs and tanks, with some sculpted bases available too. Ideal for planetary defence factions and bug huntees for any number of game systems. 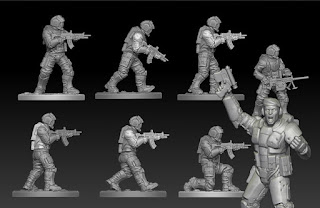 Next up is Vacant Realms, a range of steampunk-styled sci-fi miniatures from HeresyLab. There are two forces, Obscurian and Steam Faction. The designs of these miniatures are really nice, with loads of detail and character, and are available pre-printed or as files to print at home. 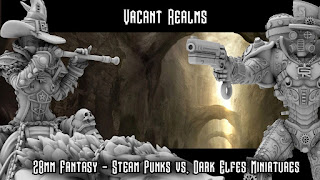 Finally, I couldn't leave without mentioning these. Orrible Little Things is a set of 6 Hobgoblins from AM Sculpting. They have bags of character and are worth the price of admission just for the guy with the owl sat on his outstretched wooden arm. At the time of writing this project is only a third of the way to being funded with 17 days to go. If you want something a little quirky and fun, give them a look. 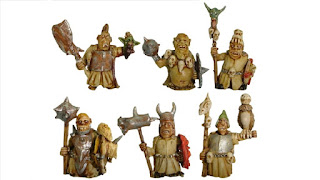 Right, that's it for this week. See you soon with more Kickstarter goodness!
Thanks for reading!
-Stu
Posted by Stuart Thomas at 05:45